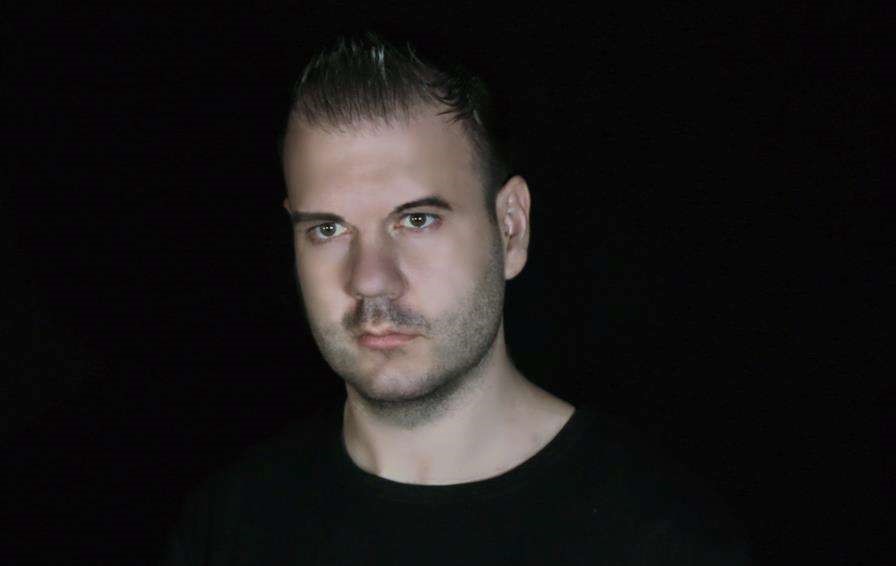 Bulgarian film editor Zhelyaz Tomov, based in Berlin, is developing a pilot for an ambitious SA TV series which will be submitted to Netflix African Originals

In film post-production, physical distance does not matter. One can be anywhere. It is all about going with the flow – cloud based post production workflow. Bulgarian-born film editor Zhelyaz Tomov is currently working remotely with South Africans (Nizaam Ackerman and Amanda Dlamini) on a concept for an ambitious South African TV series, Again. The pilot will be pitched for consideration for Netflix African Originals.  Zhelyaz Tomov happens to be based in Berlin.  His work by remote can occur because long before the pandemic, he was prescient to implement cloud based post production workflow.  Read on to learn what drew this award-winning internationalist creative to tell South African stories and his insights into pitching for Netflix Originals.

TheCapeRobyn: You are currently working from Berlin with South African creatives on the concept and pilot for Again. You are not physically in South Africa?

Zhelyaz Tomov: I am working online, out of Berlin. Almost all my work is remote; working with different people from around the world. I started adopting a cloud based post production workflow, over seven years ago, when I realized that would be the predominant way to work in the future. Since then it has been my primary way of handling my jobs. Some of my projects are filmed in Hawaii- geographically on the other side of the earth/globe.  One of my most challenging projects was making the trailer for the indie film The Cleaner and the Deadman. It was filmed in Honolulu. The time difference of 12 hours was a big hurdle for real-time communication. However, the director felt confident in my cloud based solution and placed upon me not only the responsibility for the editing, but the creation of the entire story concept for the trailer. I had complete creative freedom and I utilised my storytelling abilities to the fullest. It paid off. The trailer won four awards at a festival and got over 3.5 million views on Facebook.  The publicity led to an amazing offer from a distribution company. This is one example about how distance doesn’t really matter in this day and age, when it comes down to working in post-production.

TheCapeRobyn: Can you tell us more about the vision and concept that is driving the series, Again for acquisition on the Netflix African Originals platform?

Zhelyaz Tomov:  The show concept is meant to be something of the magnitude of Game of Thrones, Altered Carbon or Westworld.  To reach that level of high end quality,-not only the story, but also the costumes- the VFX, stunt etc need to be exceptional- the same level as one would expect from an epic scale American TV series. The plan is for Again, to be the first sci-fi TV show of that kind not only in SA, but also on the entire continent of Africa.  The result would be in hundreds of jobs for local cast and crew, since almost everyone working on the series is South African.

TheCapeRobyn: If the Again pilot is picked up by Netflix, does Netflix buy the series?

Zhelyaz Tomov:  Netflix has different models of acquiring content. Netflix buys TV shows and movies, which have already premiered in the cinema or on a cable network and it pays licensing fees. Netflix also acquires freshly produced content which has been screened at festivals and had limited release. And there is the Netflix Originals- the flagship, so to speak. The African Originals subsection was launched in 2019.   Shows for Netflix Original, are pitched through agents or production companies, which have a working relationship with Netflix. Usually a pilot proof of concept/pilot is produced and then if green lighted, Netflix orders an entire season through the production company.  They pay for the production and other costs and retain all the rights for the production. This is what we are working on for Again: Producing our pilot and hoping that they will order an entire season.

TheCapeRobyn:  How far are you and the team with the Again pilot, to pitch for Netflix African Originals?  Can you tell us about the timeline so far?

Zhelyaz Tomov: We started writing the script and developing the concept around Christmas 2019. We wanted to shoot in winter 2020/21, but Covid was a huge setback. We are in talks with a concept artist to visualise the characters and the world, based on the reference imagery I have provided. Everything in this dystopian series is happening far into the future, so we have to create the designs for this future world, from scratch. It’s a lengthy process. We are currently working on finishing the pilot for Netflix. If all goes well and if the show gets green-lit, they would order an entire season. We have a script for the pilot; an outline for the story in the 10 episodes of season one; a selected cast -some of which is already locked.

TheCapeRobyn: What drew you to South Africa and its stories and how did Again start as a project?

Zhelyaz Tomov:  I was introduced to Nizaam Ackerman (from Cape Town) by a mutual friend, who lived in South Africa, until 2008 and then came back to Germany. Nizaam and I worked on small projects and had conversations in many directions. He drew my attention to the complex of racial dynamics and identity issues in different segments of the population, in SA. From there one we started to explore and play around with perspectives and perceptions of people of colour and how those dynamics might manifest in the future. At some point that casual banter turned into a story, with narrative arcs. I started looking more into South African history, culture and politics and watched video clips from parliament and what the most divisive public figures were/are saying about the current state of things. I realized that it had huge potential and it would make an amazing story.

TheCapeRobyn: Can you tell us about your journey as a film maker? Do you come from a family which was involved with the arts?

Zhelyaz Tomov:  My family is not into arts. They all have mundane jobs or businesses. I am something of an odddity, in that regard. I came to Germany when I was nineteen. Firstly I was studying something more theoretical, but then film production captured my interest and I ended up editing. I studied at the SAE Institute in Berlin and did an additional six months course on editing at Filmhaus Babelsberg near Potsdam. In the beginning I was doing assistant editor jobs, until I was able to get small gigs on my own. The turning point was, when I realised what an immense impact the work in the editing room on the final film has. It literally shapes the narrative- some small tweaks and the whole story could change. That is what made me fall in love with editing for film.

TheCapeRobyn: You say that editing is the essence of every film. Your speciality is VFX – special effects. Insights into editing and how you are using VFX in Again?

Zhelyaz Tomov:  One of the reasons that I have been successful in my work on award winning projects is because I planned the VFX shots – precisely – from the writing up until a finished cut- when animation, compositing and so on was added This is ability to pre-plan, allows one to meet tight deadlines and budgets and ensure that quality is top. Planning means that time is not wasted and with FVX, time is money so this is important.  In addition to money, it is about not overusing FVX and again planning is important to get the balance between using the amazing tool of visual effects, in expressing a vision and offering the view a breathtaking experience. I read a quote somewhere “Film editing is like writing with pictures”. For our series, Again I reversed engineered that thought a bits. I used reference images to create a baseline for the story and to visualise the set up in a dystopian, futuristic world, where almost everything looks different than it is now. After, writing the script, I made a script breakdown, scene by scene, splitting the effects into two categories: Visual and practical. And finally the VFX breakdown was adapted to how many frames of each effect we would need in each scene. A precise budget and a time frame for the completion must be created to provide the space to be thorough and complete each phase.

TheCapeRobyn: As we go forward in year two of the pandemic, film is gaining traction on platforms like Netflix. Are you editing with the small screen in mind versus a cinema screen or does it not make any difference?

Zhelyaz Tomov:  Virtually all cinematic imagery has been wider than it is tall. Before HDTVs became popular, most TV shows were shot in 4:3 aspect ratio.  However since HDTVs entered our homes, this changed. TV content is shot in 16:9, which has an aspect ratio of 1.78:1 and is a very close match to the 1.85:1 aspect ratio of widescreen cinema. The difference is marginal and usually doesn’t require much adjusting in post-production.

TheCapeRobyn: Do you plan on setting up your base in SA, or will you continue to be based in Berlin?

Zhelyaz Tomov:  I plan to work in the USA, but also to regularly visit Cape Town for extended periods of time. I will go, where the work takes me and I will continue to work online, using cloud based post production workflow. I am always open for collaborations and developing new content. There is much to explore. I am looking forward to it.

✳ Sponsored content. This interview has been marginally edited for length and clarity. Images supplied. 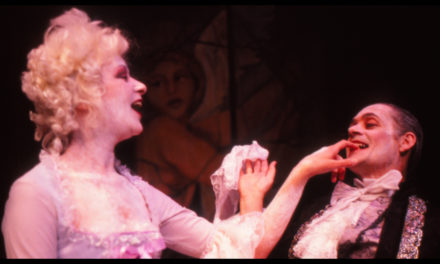 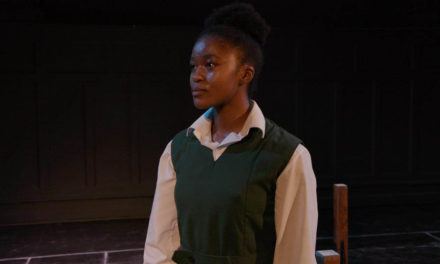 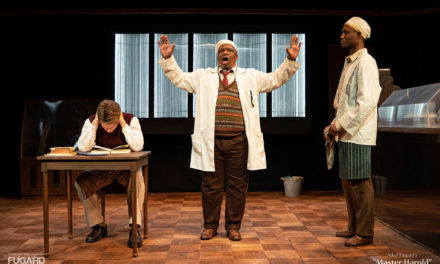 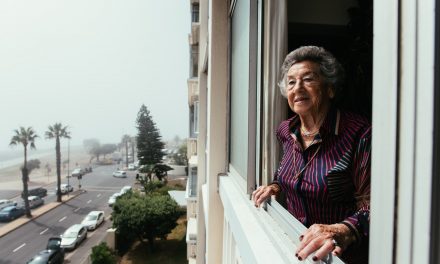