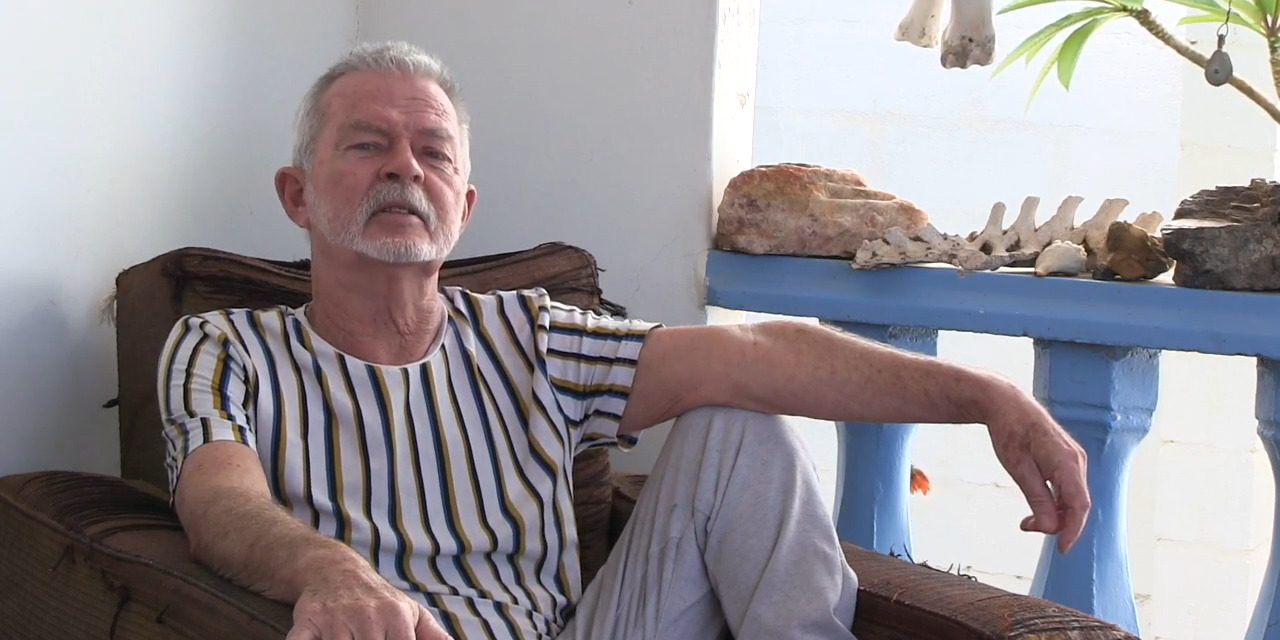 Garage Dance Ensemble, in Okiep [also spelled – O‘okiep] in the Northern Cape created the film, Die Dans Van My Heenkoms (The Dance of My Origin)- a South African Dance Legacy- Bolero stories told by Alfred Hinkel, for the 2020 National Arts Festival. The film went onto win an award at another festival. Choreographer, Alfred Hinkel’s dance, Bolero is the centerpiece of Die Dans Van My Heenkoms and the film is being tagged, by many, as “the Bolero film”. This beautiful and mesmeric film is being screened online- July 17 to August 17, 2021 on Quicket, to raise funds for Garage projects and to assist with vital work in making dance teaching aids available for over 25 0000 learners at South African schools. The plan is to make the film available for dance teachers to provide their students with the opportunity to see Bolero as a site-responsive piece- rather than being staged in a theatre. Dancers move through the town – on a dust road, in an open piece of land, in the courtyard of the premises of their dance studio; in the studio and at a petrol (gas station). It is if they are dancing in a conversation with the sites that they are inhabiting. It is breathtaking. The film presents a synthesis of body, landscape, interweaved with the frenzied and restless piece of music that is Maurice Ravel’s Boléro.

Ravel’s Boléro evokes a sense of searching – reaching for a high; a dip; a glitch and then the music lifts up and then higher and then it repeats and is elevated. Hinkel’s Bolero is all of that – restless, jittery, fractured in parts; intensely beautiful, whole and ultimately celebratory. It is mélange of emotion and dance motifs and influences from Africa (spot the gum-boot moves) which cleave together in a powerful piece of dance theatre.

When Alfred Hinkel stumbled upon Boléro, stashed in the collection of his mother’s Bakelite records in Okiep, he was searching for a dance vocabulary; through which he could bring together images and vernacular from South Africa. He had gone to “ballet school” in Cape Town [then part of CAPAB- the Cape Performing Arts Board] and fled. He wasn’t sure what he was in search of but it wasn’t at ballet school. What was he looking for and where he ended up on his journey is referenced in the film. That searching and seeking was poured into Bolero. The first incarnation of Hinkel’s Bolero was staged in 1976: “When I first heard Bolero, I was ill informed about dance. I was ill informed about music, teaching, choreography, art in general. My immediate response to the music [Boléro], was a very emotional one. When I first created dance to the music, it was crude, inadequate.” In the decades since he has worked with the music, his Bolero has evolved – informed by the dancers he works with; images from the country and dance motifs which are African. A lot of his work is instinctive, he muses:  “You work on something. You follow a thread.”

Ravel’s Boléro is a pivotal thread in his body of work. This is why Die Dans Van My Heenkoms is an important film- on many levels. It provides us with a glimpse into Hinkel’s oeuvre of work, through the stories he tells, but that is not the point of the film. For me, the magic of the film is the dance, choreographed to Ravel’s music and how this piece manifests in this mining town, during lockdown, South Africa 2020.

The “Bolero film” may have started off as a documentary for the National Arts Festival 2020 but it transcends documentary, with Hinkel’s stories about Bolero becoming almost part of the soundtrack of the film. It is his origin story – and that we get in the title Die Dans Van My Heenkoms (The Dance of My Origin) – but the dance is the central character.  We see the artists from Garage Dance Ensemble, moving to the hypnotic and sensual music by Ravel.

Interestingly, Ravel’s father was an engineer and worked in factories. The mechanised and repetitive rhythm of machines influenced Ravel when he conceived Bolero. Ravel said that would like to see Bolero, staged outdoors, preferably with a factory in the background, alluding to the mechanical structuring of the music, evoking the repetitive rhythms of machines [Lee, Douglas 2002, Masterworks of 20th Century Music: The Modern Repertory of the Symphony Orchestra, Routledge.] Here in Die Dans Van My Heenkoms, we have, Garage Dance Ensemble, working in lockdown, in a small town in South Africa, 2020. They were locked out of staging work in a theatre context. Their town became their stage. The town is marked by the scars and ruptures of its mining past and poverty has been intensified during the pandemic. And yet, within the ruptures, it is a close knit community which treasures its stories and sharing of stories and heritage.  The entire town is involved as audience, watching Garage at work. It is fitting that the much-loved Bolero, conceived by Hinkel was in a sense extended and stretched into new vistas, during lockdown and that moment of being staged outdoors in the open air, is captured in this stirring film – intoxicating dance theatre staged outdoors, set to the wondrous and music by Ravel.

For creative credits for Die Dans Van My Heenkoms (The Dance of My Origin), Bolero stories told by Alfred Hinkel, see https://thecaperobyn.co.za/dance-film-online-screening-die-dans-van-my-heenkoms-bolero-stories-told-by-alfred-hinkel-july-aug-2021/ 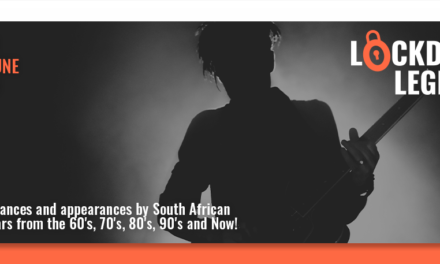 Interview: Caroline Calburn talks about Creating Theatre in the Age of Corona 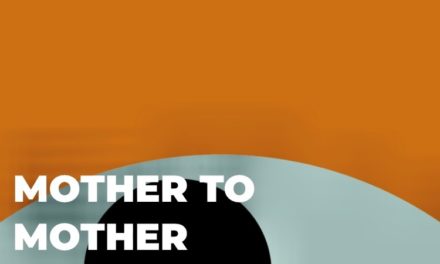