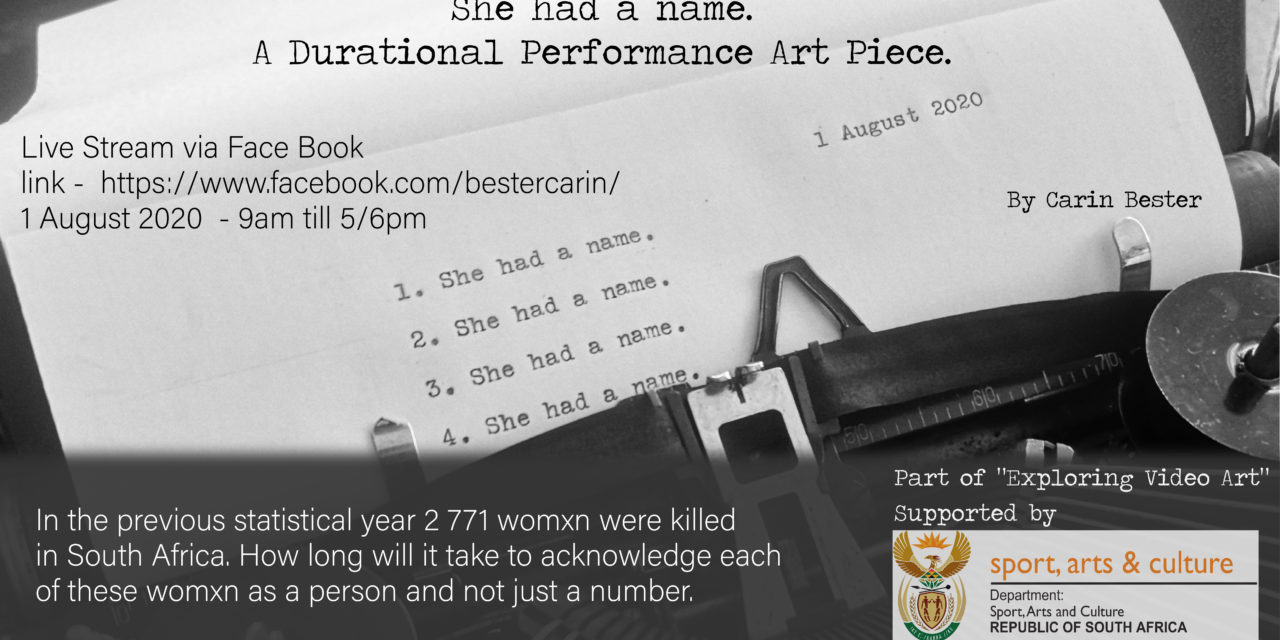 Interview: Carin Bester talks about, She had a name, a durational performance which is going out as a live stream on August 1, 2020 – over about eight hours

✔ Performance: She had a name

✔ Free Live Stream: August 1- from 9am until about 6pm

*Scroll down for production and other details

“In the statistical year for 2018/19, 2 771 womxn were killed in South Africa.”  That is a horrific and chilling number. On August 1, 2020, Carin Bester is acknowledging each of those individuals. Her performance- She had a name– will take about eight hours. This is the time that is estimated to take her to type “She had a name” – 2 771 times.  Bester wants us to focus on each number as an individual. This was someone’s mother, daughter, spouse.

Bester has worked extensively with durational performance which takes place over an extended time in a gallery or other space with viewers visiting the site to watch as the piece unfurls. Due to the limitations of lockdown, during the global pandemic, Bester is streaming her performance online. People can click in on Facebook at any time and watch. “The work is a crossover between performance art and video art,” Bester explains. Watch her live and be present with her on August 1- as you would be in a gallery setting. After the live performance, a video will be created. This art film will become an archive in its own right. The streamed performance and video – form vital parts of this important project- creating awareness – urging each person in this country not to be complicit in silence. Speak out.

Bester asks that people join her in her performance – She had a name– and be virtually present on August 1. After that, share the video. Spread awareness around femicide during Womxn’s month.

Carin Bester provides insights into She had a name

TheCapeRobyn: This piece is a direct ‘response’ to the chilling statistic that 2 771 womxn were killed in South Africa 2018/19. Many of those women are nameless or their names have been lost in the volume of statistics.

Carin Bester: Yes, the horrific femicide rate in South Africa is shocking. In the statistical year for 2018/19,  2 771 womxn were killed. We see and hear this number but the magnitude of it can be lost because it’s just a number. With this performance, I want to create a visual representation of this number. I want to take the numbers and make it personal, reminding everyone that it’s not just a number, it is a life lost. She had a name.  And this will become more visible as the time goes by with me still sitting and typing this sentence for each of these womxn.

Carin Bester: A version of the idea was in my mind before lockdown. Most of my work is based on Gender Based Violence and She had a name will be an ongoing Protest Performance  which I want to do in different styles in different locations as part of my series. ‘Exploring Video Art’.  My first performance for the series, was not going to be about GBV. I was working on a different concept but in that first week after lockdown 5 with the spate of femicides I felt compelled to move my focus back to GBV.

My first performance art piece about Gender Based Violence was in 2017 and since then I have been very aware of the statistics and how they change over the years. I make use of the official  statistics in most of my pieces in order to drive the reality home. I don’t want anyone to turn around and think I am exaggerating for effect.  Doing this piece now is also in a way a reaction to the speech by President Cyril Ramaphosa when he named 11 womxn killed in that first week after lockdown.  People were shocked by the number and proud of him saying their names but my reaction to it was -11 names is less than 0.5% of our yearly average femicide rate. And I want people to react to this.

TheCapeRobyn: By streaming the performance, you enable the viewer to be present in perhaps a more profound sense than would have been possible at a physical festival?

Carin Bester: Yes the streaming of the durational piece is giving me the opportunity to take the performance to a wider audience, which would not have been possible if it was in a gallery or part of a festival. I am glad for having the opportunity to explore this way of making art and accessing a wider audience.  But taking away the physical presence of an audience is a big challenge for me as the artist especially during a durational performance piece where the energy of the physical audience drives me and pushes me through the difficult moments where I would just want to stop and get up. So the biggest challenge will be within me.

TheCapeRobyn: A lot of your work is durational. It not a random thing to use a durational medium for this work because it is going to take time to acknowledge 2 771 womxn or was the medium of durational part of the way you conceptualised the piece?

Carin Bester: It’s a very good question. I do feel that my style lends towards durational pieces, but the reality is also that the duration is fuelled by the number. So I will say it is a bit of both, my ideas usually develop with duration and / or repetition in mind and with the subject matter of GBV this has increased the duration of the pieces. This will be the first piece that is around eight hours. Previously, the longest performance that I did was just over five hours: My Body My Life. Another long piece, I did was He Loves me, He Loves me not.

TheCapeRobyn: She had a name has been supported by The Department of Arts and Culture and is part of your project Exploring Video Art?

Carin Bester: Exploring Video Art is a concept I proposed to Department of Sports, Arts and Culture. As a performance artist, I wanted to continue developing my work in a digital form while we can’t go to galleries, museums and other spaces. I received funding to create one of the pieces within this concept. So, She had a name is the first part of my Exploring Video Art concept which I envisage in three parts. I am hoping that somehow I will be able to get more support to make it possible to do a second and third piece within Exploring Video Art.  With the lockdown we are all forced to look at our art and find ways to make it work, while still staying true to ourselves and our process and this is what this concept is about: The crossover between performance art and video art with a live stream audience instead of the normal physical bodies in the performance space as well as developing and creating a video. In addition, I hope to explore She had a name in other performance contexts – in a physical space- when that is possible. So it is part of my Exploring Video Art series but will be imaged and developed when that is possible as physical performance.

TheCapeRobyn: Let us talk a bit about you and your journey as a creative?

Carin Bester: I was born in Bloemfontein. I grew up in Welkom and after school I went to London for two years. I returned and studied Method Acting in Pretoria. In 2008 I moved to Cape Town where I have been involved in the theatre and TV and film industry in various capacities. In 2015 I did my first performance art piece called Verlies.  I was drawn to performance art because of its immediacy and honesty.  I view it as a medium in which I can express myself freely and interrogate issues of social importance effectively.

TheCapeRobyn: You have worked on projects in theatre like Wag and the film Cut-Out Girls. You were the art director on the film – which very much conjures up the landscape of GBV – in a leisure setting – when womxn should be safe. So you bring in aspects of live performance and film to your performance pieces?

Carin Bester: Cut-Out-Girls was a very special film to work on. It was something that was and is still so necessary. It was tough emotionally for everyone, but the entire team cast and crew was amazing and I am honoured to have been involved with the film.

My own performance has not been in the style of film, even when I create a video of a piece as I will be doing with She had a name. It does not rely as heavily on a narrative as a film would. There is a clear difference for me between film and video art. I am starting to explore the filming of the performance and making use of digital form for my work more now than ever before. The formal aspect of repetition plays a major part in She had a name.

She had a name – details

✅ Format: August 1, 2020 – live stream durational performance (about eight hours). An edited video of the performance will be released on August 9.

✅ Supported by: Carin Bester has been supported The Department of Sports, Arts and Culture

✅ Donate to Carin Bester’s Exploring Video Art project: by e-mailing her. She will send you the QR barcode or follow her on instagram @bestercarin to find out more. 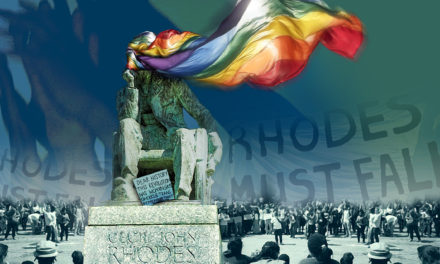 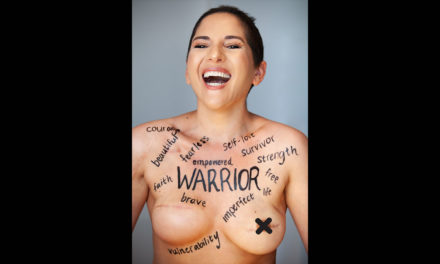 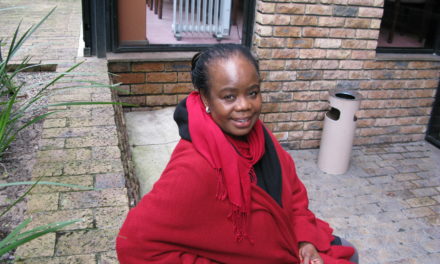 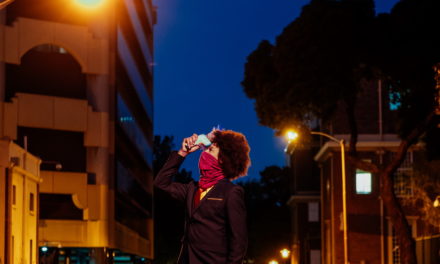