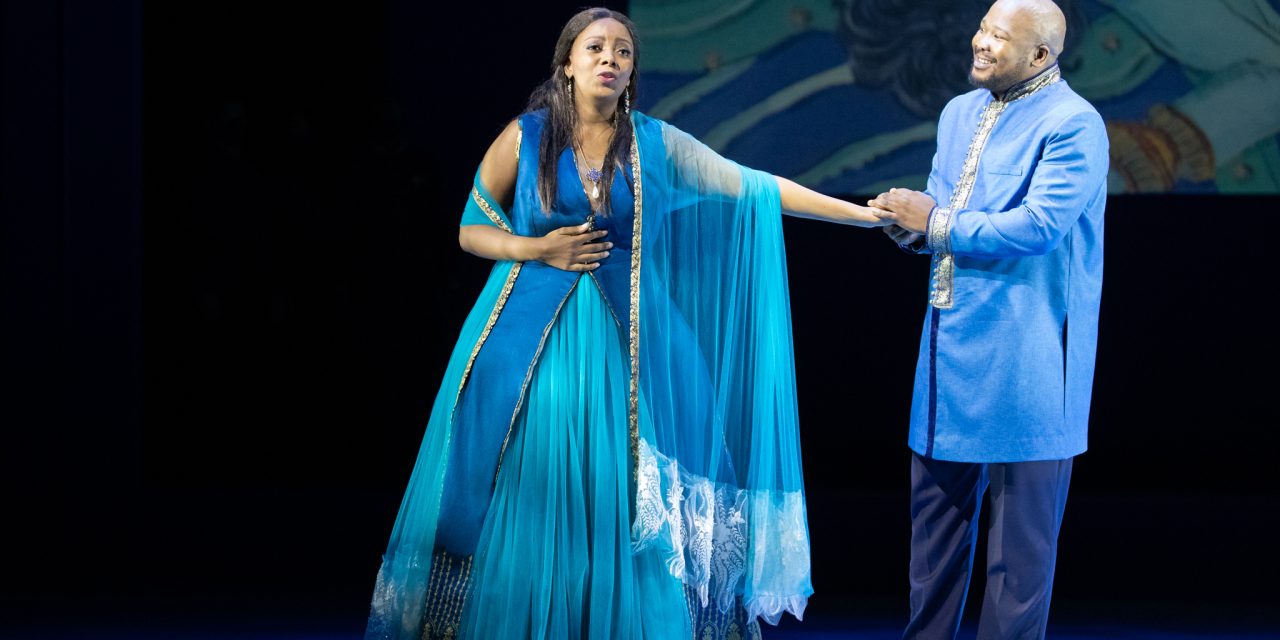 Cape Town Opera’s June 2021 production of George Bizet’s The Pearl Fishers (Les pêcheurs de perles) is on for three performances. I was at the opening last night, June 15, 2021. The principals are incandescent and are flanked by the rousing Cape Town Opera Chorus. Opera stars, soprano Vuvu Mpofu (Leila) and tenor Lukhanyo Moyake (Nadir) are back at home, in South Africa, after receiving rave notices on the circuit in Europe. Together with William Berger and Thesele Kemane, it is a dream team cast. Principle conductor, Jan Latham-Koenig is magnificent as he leads The Cape Town Philharmonic through highs and lows of the glorious score. Latham-Koenig is a British conductor who is currently based in Russia. He was flown out, from Russia, to Cape Town, to conduct. I am not familiar with this opera but chatting to music aficionados (outside; okay, it is Covid), I was told that Latham-Koenig has made the opera into “something extraordinary” in terms of his technical experience and artistry. There were ‘bravos’ and bursts applause, from start to finish.

While the performance was on the go, last night, June 15, our president was holding a national “family meeting” on the state of Covid. As we entered the theatre, we were wondering what would transpire while we were at the opera. Would we emerge to find that theatres have been closed down, because of increased lockdown regulations? Would the opening of The Pearl Fishers, also be the closing performance? The suspense was palpable. The tension in the air was thick like a soup of theatrical angst. It was a relief to switch off phones and sit back and become immersed in this opera. As this was my first time encountering The Pearl Fishers, I rummaged on the internet for insights. I was amused. The plotline comes in for considerable bashing, with the story being dissed as ridiculous, silly, unfathomable and loopy. There is a love triangle; an unattainable and beautiful woman (Leila); friends (Nadir and Zurga) behaving badly; destruction; some happiness and closure – depending on your perspective. I was ready for the famous duet that Nadir and Zurga sing– the so-called friendship song, “Au fond du temple saint”. They remember when they first came across Leila and they pledge to rekindle their friendship and become besties again. I recognised the song, even though this was my first time, encountering the opera. It is a beautiful song.

For me, on my first experience of this opera, it was about being transported by the voice, orchestra and striking visuals by Cape Town artist, Shakil Solanki. Outgoing artistic director of Cape Town Opera, Matthew Wild, said in an interview with The Cape Robyn:  “We are doing The Pearl Fishers, in concert.  Michael Mitchell is designing the basic environment and costumes. Within that environment, we are going to have huge spectacular, projected imagery by the wonderful young Cape Town artist, Shakil Solanki. He draws inspiration from his Hindu upbringing and from classical art and images from the East. I think that there is going to be an absolutely wonderful dialogue with Shakil’s illustrations and the fascinating South Asian fantasia that is Bizet’s The Pearl Fishers.” https://thecaperobyn.co.za/opera-interview-matthew-wild-talks-about-cape-town-opera-2021-season/

Solanki’s drawings/illustrations are dreamy and evocative of ocean; waves, azure and multiple shades of marine blues and greens. I found myself being pulled into patterns and shapes. The plot receded into the distance; horizon. The production is described on Computicket’s landing page as “semi-staged”. Theatrical elements have been pared down but it does not feel semi-staged. The protagonists are foregrounded, with entrances and exits by the chorus. Voice, music and visuals ping off each other. The shimmering lighting (Faheem Bardien) and costumes (Michael Mitchell) vibe off the projected illustrations.  I think semi-staged doesn’t do justice to the production. “In concert” – is about right.

As to what transpired in “family meeting” June 15, 2021; it appears that 50 may be seated indoors. As we know in pandemic times, there is no certainty but the Cape Town Opera’s marketing manager, Masixole Makwetu said that yes, the last two performances of The Pearl Fishers, will take place, as scheduled at Artscape- tomorrow, June 17 and Saturday, June 19. I have to mention, again, that Artscape has excellent Covid protocols in place. Pens are sanitised. Mask wearing is enforced (I wore two masks; extra careful in the 3rd wave). Patrons are asked to provide seat numbers when filling out the track and trace forms. This demonstrates the care that is being taken to keep patrons “safe” as possible. It is like an airline manifest. Do NOT change your seats in order to facilitate the track and trace measures in place.  With tension high in our 3rd wave of Rona, Cape Town Opera’s The Pearl Fishers in concert, provides a wonderful release and respite from the anxiety and worry: Beautiful music, voice, costumes, lighting; framed by Shakil Solanki’s images of the deep blue sea where pearls of love and friendship may materialise.

UPDATE: Due to a confirmed Covid case, Cape Town Opera has postponed the last two performances of The Pearl Fishers so June 17 and June 19, 2021, will not take place. Ticket holders have been contacted. 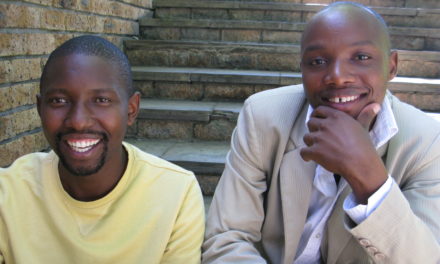 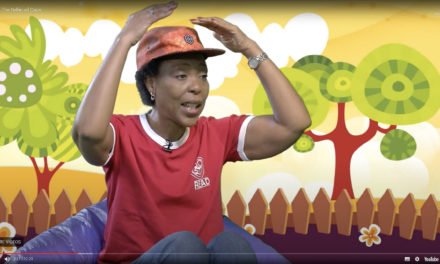 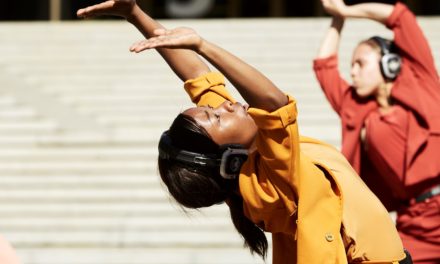 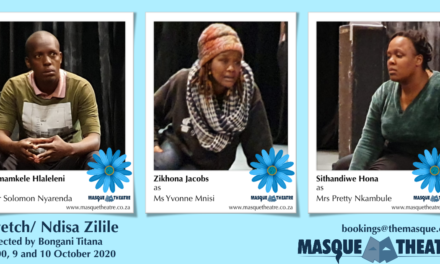