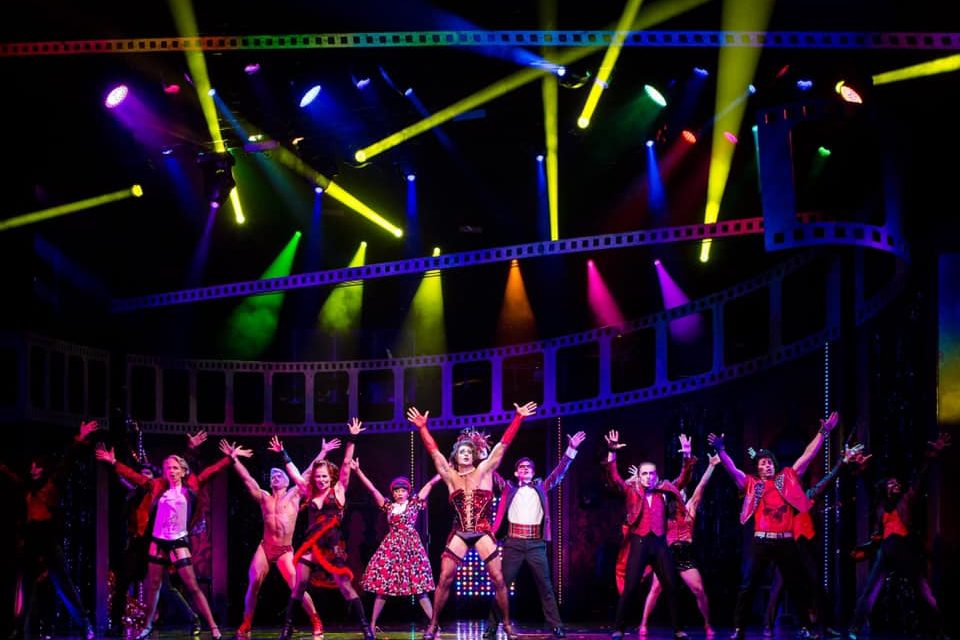 For full list of creative, cast and production, see programme.

Rocky is a contemporary classic and this opulent production features stunning dancing, plush costumes, funky set, striking lighting and a vibrant on-stage band, led by dynamic musical director Bryan Schimmel. In the expansive auditorium of Artscape, we are presented with an epic scale Rocky Horror Show. It is big, bold and lots of fun.

Theatre of immersion –revelling in fun – is key to the Rocky Horror live Rocky Horror experience. We sing along; shout out the words in anticipation of the iconic lines and do the actions to the Time Warp.

I think no matter how many times you have seen Rocky Horror Show on stage, there is the thrill of seeing it again – the same but different. Unlike the film, which is fixed in time warp of 1975, each stage production brings its own energy – from the artists, concept; the way the show plays out in a particular venue and the sheer enthusiasm of the audience.

The audience has in a sense become another character in the live Rocky Horror Show experience.

On the night we saw it, the audience was screaming, whooping and singing along on; loving every moment. I think that Rocky Horror Show has to be the quintessential immersive musical. One cannot resist mouthing along to the zany, brilliant lyrics

Audience participation goes back to 1975 when the film was first screened in independent movie houses and other spaces. The Rocky Horror Picture Show (the film) was hugely subversive for its time. The allure of being able to embrace one’s sexuality and identity was a massive pull for many of those 70s film goers who inserted themselves into the soundtrack of the film. Audience participation become an integral part of The Rocky Horror experience. (By the way Rocky Horror Show denotes the stage show. Rocky Horror Picture Show is the title of the film. Picture is not part of the stage tag).

For Rocky Horror Show South Africa 2019-2020, set designer Hugh Durrant (UK) was inspired by “reels of film unspooling” and has framed the narrative shifts with celluloid strips which conjures up the milieu of horror and science fiction films of the 1930s to the 1960s– which spurred Richard O’Brien to create the musical.
O’Brien has been involved in this revival production which has toured the UK. In the programme, Durrant writes that he was one of the 65 people in the audience who watched the original Rocky Horror at the Royal Court in London (1973) and that he was then asked forty years later, to create “a new look for this iconic show”. I loved his use of film strips, looping through the stage space -amplifying the notion of the endless winding of time. From outer space, we are just specks; dots in a reel: “And crawling on the planet’s face, some insects called the human race. Lost in time, and lost in space. And meaning.”

The lighting is sharp and targeted and delineates the protagonists in all their finery, flesh and fish-net tights. It is lighting which criss-crosses the stage and auditorium – charged with shots of cerise pink, crème soda greens and of course Rocky Horror signature rainbow of ruby reds.

Craig Urbani’s Dr Frank ‘n Furter is a shape shifting creature. In an interview with TheCapeRobyn (December 2019), the veteran musical theatre star, mused about Frank: “He is such a layered and complex character. There is the fact that he is not human which I think is often forgotten. He is not simply a drag queen with too much make up on strutting around. Although I do like to strut. There is a darkness to him which must be portrayed. After all, he murders Eddie, and in a grandiose and God like fashion, he creates a creature. Of course the Frankenstein references are prevalent here. He is a misunderstood, confused, over sexed, highly intelligent, somewhat dangerous, hilarious and quirky alien.” Urbani does all that with his playing of Frank. I was very moved at the end, when he is about to be abandoned by his cohort. He is narcissistic pleasure seeking pan-sexual (anything goes) and we know what is coming because we know the story but I felt sad and bad for him. He went beyond being B-grade movie creature to emotional being. Urbani harnesses the theatricality of the character – with tenderness and longing.

Didintle Khunou as Janet, brings a sassiness to the role and is a delight to watch as she quickly brings in an edginess to undercut miss American Pie Janet. This supremely talented artist is the recipient of a Naledi award for Janice Honeyman’s Color Purple (staged in Johannesburg, not Cape Town). It is my first time seeing her on stage and I see why she has received her many accolades as a consummate triple threat. Lovely rapport between Khunou’s Janet and Anthony Downing’s comedic and warm rendition of Brad. I found them very believable as a couple as they navigate the unexpected journey of their previously innocent lives.

A huge surprise for me is Kate Normington as The Narrator. In the stage productions that I have seen, The Narrator has always been played by a man. In the SA production, here we have Normington and I thought – “oy, how will that pan out.” Well, I loved Normington in this role. She presents very much as a gender-fluid suited being – with full bodied narration and some ad-libbing. The gender bending of her character is totally in synch with the ethos of Rocky Horror Show which is about exploring and celebrating difference and that ultimately we are all part of the continuum – a loop of colloid; snaking through time and temporal space.

Normington’s performance is riveting. Once again Normington shows her tremendous vocal and acting range in her rendition, nailing it as the urbane and erudite Rocky Narrator – the omniscient voice of the piece – guiding us along the dark path of anticipation, revelation, fear, excitement and pleasure. I must note that some people I spoke to after the show, loved Normington and the notion of a femme narrator and others said that they disagreed and that for them the Narrator must be a figure who is unmistakably a man with a booming voice. Normington has the booming voice but she presents a blurring of gender which for me is very exciting.

Stefania Du Toit took my breath away as Columbia – nailing the drama, dance, droll comedy of her character. Du Toit who trained at Cape Academy of Performing Arts Theatre is a supremely accomplished dancer and brings clowning and a physically charged energy to her character – plus a textured voice. I also loved Marlee van der Merwe as the perennially delicious Magenta/usherette.

All up, the cast is terrific- characterisation, dance, voice and flawless diction and delivery. Fiona Ramsay is dialect coach and one can see her hand in the way each word is enunciated.

It is fabulous to see Rocky Horror Show again on the South African stage– a show which hits the pleasure of fun spot for the festive season. 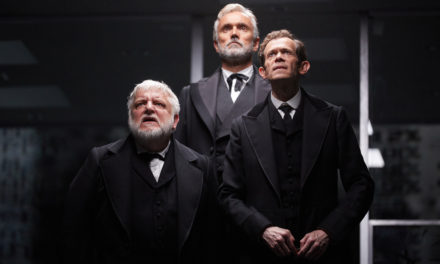 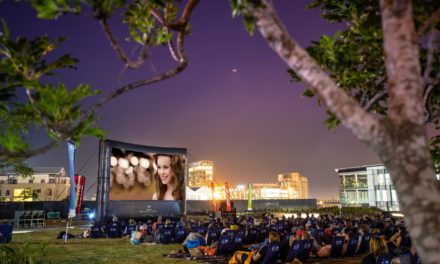 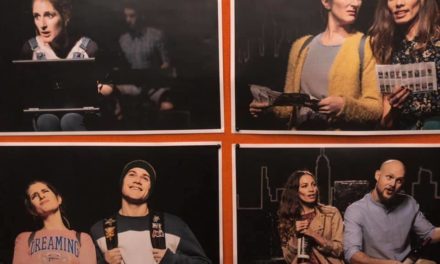 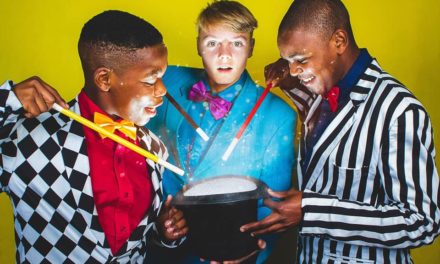