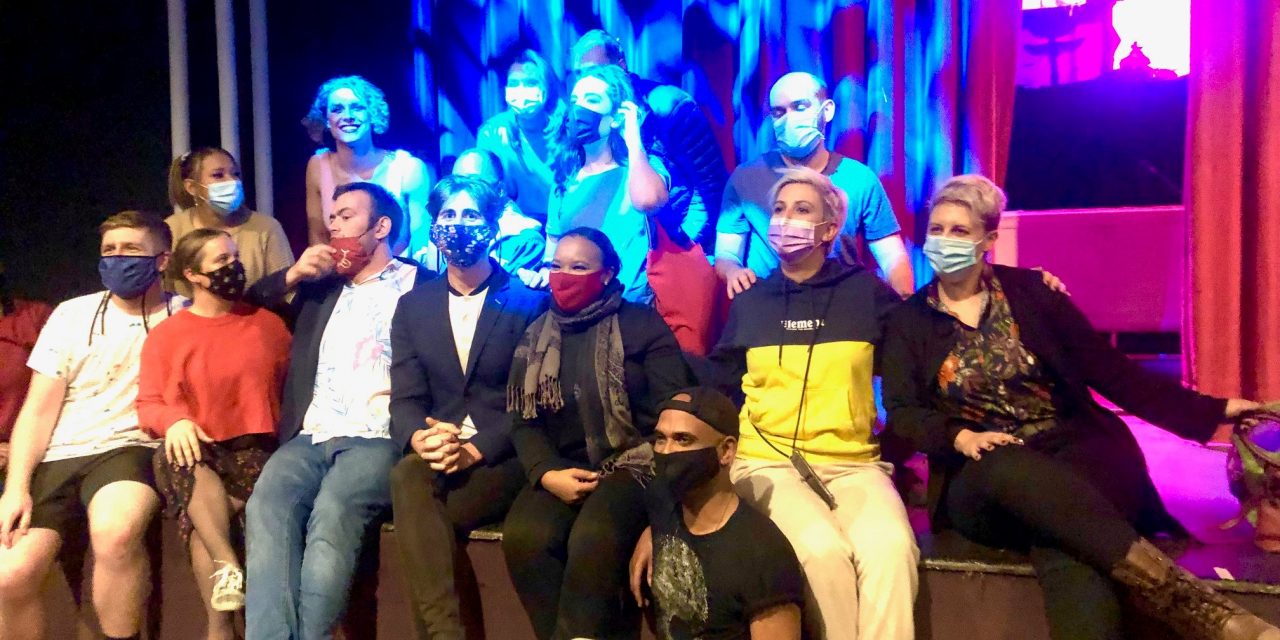 Matthew Kingwill and Stephan Fourie (directors), put A Boarding Line, A Musical Extravaganza– together in six weeks. The opening show on June 10, 2021 – went ahead – despite load shedding and Covid. The foyer was accessorised by candles. It was kind of romantic – in load shedding style. The candle lit foyer was emblematic of the resilience of making theatre in the time of Rona, with roadblocks courtesy of Eskom. Patrons were in good cheer. The show must go on and it did last Thursday and it has gone on, with mostly full houses.  Get to The Masque to see this fabulous musical set in an airport.

This Moment, staged in December 2020, by the same creative team, was more of a music revue. A Boarding Line comes across as a fully-fledged musical – a mash-up between A Chorus Line and Rent- and with references to musicals which incorporate a sense of youthful aspiration, affirmation, reaching for dreams and finding one’s wings. The cast is astounding. Regina Malan plays Captain Jo Samuels, the pilot and she is in competition with the cad, Billy Kodali, played by Dudonne Diergaardt. He is the charmer, always out for his next squeeze. I won’t plot spoil but there is a build-up in terms of career and personal relationships. Caldine Wyngaard is fabulous.  She plays Julie, the check-in girl – who just wants to be loved. By day, Wyngaard works for KFM radio, and she brings the artistry of voice in playing her role. On that note, Tamith Hattingh is a joy as the PA Announcer and omniscient “The Voice” in the airport.  Hattingh brings terrific mirth to the role – taking the Mickey out of The Voice we hear in airports. Towards the end, they sing Elton John’s I am still standing. That brought me almost to tears. Still standing – Covid, loadshedding – show goes on.

The rapport between the cast is great. Each character comes across as an individual with a back-story. Stephan Fourie’s set conjures up the thrill of airport buildings: Big spaces which corral hordes of people – keeps them moving. His airport is light filled – with windows giving us a glimpse of what is outside- jets flying. The attention to detail in the design is impressive – with a baggage carrousel, security capsule and one of those awful airport type seating set ups [hard uncomfortable seats; shuffle along as you line up]. There is even a baggage trolley. Fourie juggles many hats and one of them is as event’s organiser. He has brought a sense of event to the design of this show. The design could be transported to any musical on the mainstream stage. It is epic. I watched and I wanted to be lining up in that airport hall- even if I cannot fly anywhere. Here is the thing – most of us are unable to jet off – physically – at the moment- anywhere – but we can get the buzz by watching this show.

A Boarding Line delighted and surprised me. I expected a revue type show and not a fully-formed musical. It is a remarkable achievement- put together as a community theatre project, with minimal budget. The artists are in fine voice and as I say bring layers to their characters. I could see this developed further.  The book by Matthew Kingwill has wings. His writing is terrific. With so much uncertainty during the pandemic, it is unlikely that we will see Big Musicals on the Sour African stage, for a while. It would be great if benefactors came on board to take A Boarding Line for another flight/season. Meanwhile, catch the show at The Masque, tonight, June 16 [Youth Day], and tomorrow, Thursday June 17, Friday June 18 and the Saturday June 19. The shows Mon-Fri are at 7pm. They were at 7.30pm but have been adjusted because of amended lockdown regulations (announced last night, June 15). On Saturday June 19, there is also a show at 2.30pm.  There are only 50 seats a house, as per lockdown regulations. Most houses have sold out. If you can get a seat, grab it. A Boarding Line is a fun show –terrific singing, characters and loads of humour. The energy at opening night was terrific. Catch a sense of the excitement in the stories archived on TheCapeRobyn, on Instagram.

Apologies for late review: This correspondent was unable to post last week because of load shedding, further power issues in the area, water cut off and computer and website issues [like airlines, websites encounter turbulence].

Note: All shows are sold out. And in Covid, sold out is sold out. Still, you never know: You may get lucky and nab a ticket return, so make contact with the box office, just in case. By the way, The Masque has invested in an inverter. If the lights go down, the show will go on. Candles in foyer but power in the auditorium. 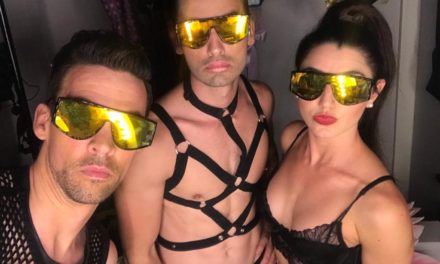 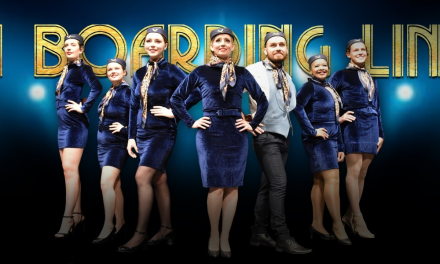 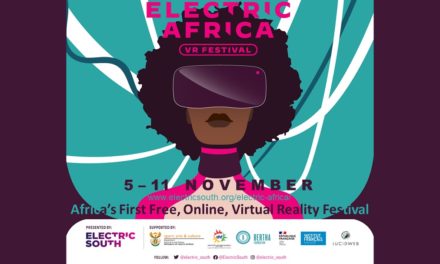 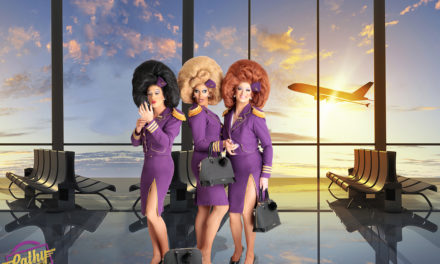