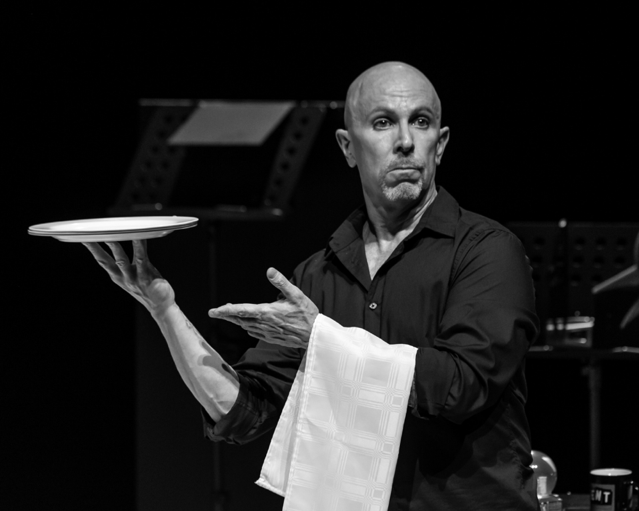 More than a Handful is a very personal account; a musical memoir of Bryan Schimmel’s life, on the musical boards. The South African award winning musical director and maestro arranger (including orchestration of rock musicals) has also stepped onto stage as a performer. He made us all gasp in the hit show for two pianos, A Handful of Keys, co-created and performed, with Ian von Memerty – way back in 1994 (that was when it premièred). Schimmel was musical director of Chicago – the musical – which involved him taking on the role of the droll on-stage band leader/conductor. When on stage, leading a band, Schimmel has always brought in his own persona – a flick of the baton – a playful gesture to the band and us in the audience. The scope of his work is epic – such as Chicago, Rent, We Will Rock You, The Rocky Horror Show and the work that he has done with symphony orchestras, pop, hip-hop, revues. He has always been more than a conductor/arranger/musical director. How does he describe himself- a theatre maker? Schimmel: “I often say: ‘I’m a man of the theatre whose focus is music.’”

More than a Handful is a gathering of multiple strands of Bryan Schimmel. It is a show which evokes his love of musicals and musical theatre; his struggles. There were many struggles – professionally and emotionally and demons that he has wrestled with, along the way. There was substance abuse (it is there as a recreational and artistic prompt, until it isn’t as he tells us). There were personal issues – understanding his father who was not exactly accepting of his son’s career aspirations. His beloved mother gave him unconditional love- always. More than a Handful is not only Bryan Schimmel’s story. It is also his parents’ story- their love story. He ultimately presents a tender portrait of his father as he begins to understand him, during the long contemplative months of lockdown when the live performance industry came to an abrupt halt and he was creating this show. Schimmel had time to sift through the correspondence with his family- by long-hand -in the days before WhatsApp and email) and then it became a show – with Alan Swerdlow’s direction and Jaco van Rensburg as producer – making the show a reality – during these days when it is not easy to stage work- with reduced seating capacity and sanitisers and what-no; the constant worries of what may occur to bring the curtain down. However, resilience does not necessarily make for great theatre. We may applaud the effort and passion but that doesn’t mean that every piece is excellent.

I recently waded through a stack of biographies/memoirs (book form) which left me reeling with boredom. Interesting stories do not automatically translate as pieces of art. Who wants to be regaled by a CV? The script of More than a Handful, has been impeccably crafted by Schimmel, working with Swerdlow. It is a master class in storytelling -how to transfigure a story on stage. Schimmel first worked with Swerdlow as director on A Handful of Keys – for two pianos. He tells us that he and von Memerty had to cajole Swerdlow on three occasions, before he agreed to direct them in that show. He relates how Alan famously said “no” when he and von Memerty made suggestions: “How about this: “No”. I can imagine Swerdlow excising and cutting chunks from More than Handful. It is difficult not to be precious about one’s own story. Everything seems important. But how will it resonate with the audience?

More than a Handful is brilliantly scripted and has been pared down to images which are amplified by clever and stylish and clever use of props (branded shopping bags stuck together with sticky tape, cocktail shakers, musical accruements; an evocative soundscape. Listen out for the soundscape-taxis screeching in New York, the clanking of the subway and arrival announcement and how it dovetails with the judicious lighting and set design by Denis Hutchinson. Together with the eye of Swerdlow, the show flows between words, anecdotes, narration, confession, reflections and moments of show-person-ship Bryan Schimmel, entertaining us at the keyboard; dazzling us with a handful of keys.

I don’t want to plot spoil – and tell you too much about what is revealed in the show. The joy is to sit back and be regaled by this extraordinary artist’s life – his work – the choices he made –what he came up against during a seven year sojourn- chasing his New York Dream (with lashings of LA and Vegas); how he coped with New York winters – or didn’t. It is very funny show. It is poignant, moving and inspirational. There were parts that left me almost crying – for Bryan Schimmel and what he has overcome and for the loss in the musical theatre industry. One thinks about all the talented artists who could not work; could not earn; could not do what they love and how much that we have missed out on, in the past two years.

Conceived and written, during Covid and lockdown, More than a Handful, is like a prelude for me of what we can expect from the extraordinary Bryan Schimmel. He is only 57 so this show is very much his life so far and conjures up, not only the Schimmel magic that we have been treated to through the years but also signals hope of what this artist will bring us in the future as big musicals start up again in South Africa- or small musicals.  It would be great to see Schimmel creating his own original shows and revues. Bravo to the incomparable Bryan Schimmel- for telling his story with grace, honesty, bravery, mirth and for entertaining us with this brilliantly conceived show of music and a life; lived through ups and down, highs and lows; always in the moment. Do not miss More than a Handful as it tours throughout South Africa. It should be snapped up by festivals abroad – when events are back in full swing. I loved this show. 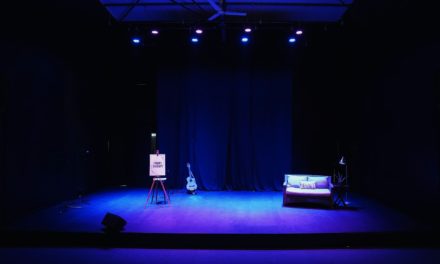 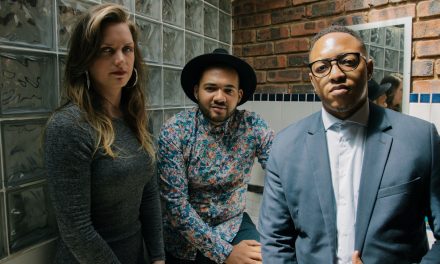 Music: Tribute to SA legends at Jazz & Classical Encounters at Spier on December 4, 2021 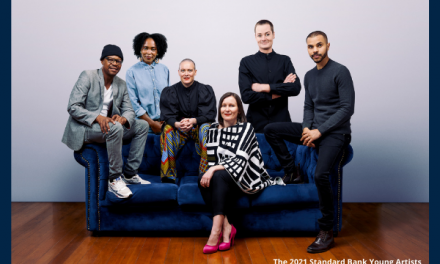 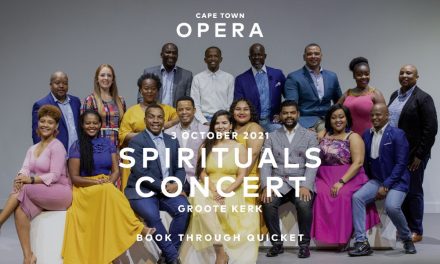