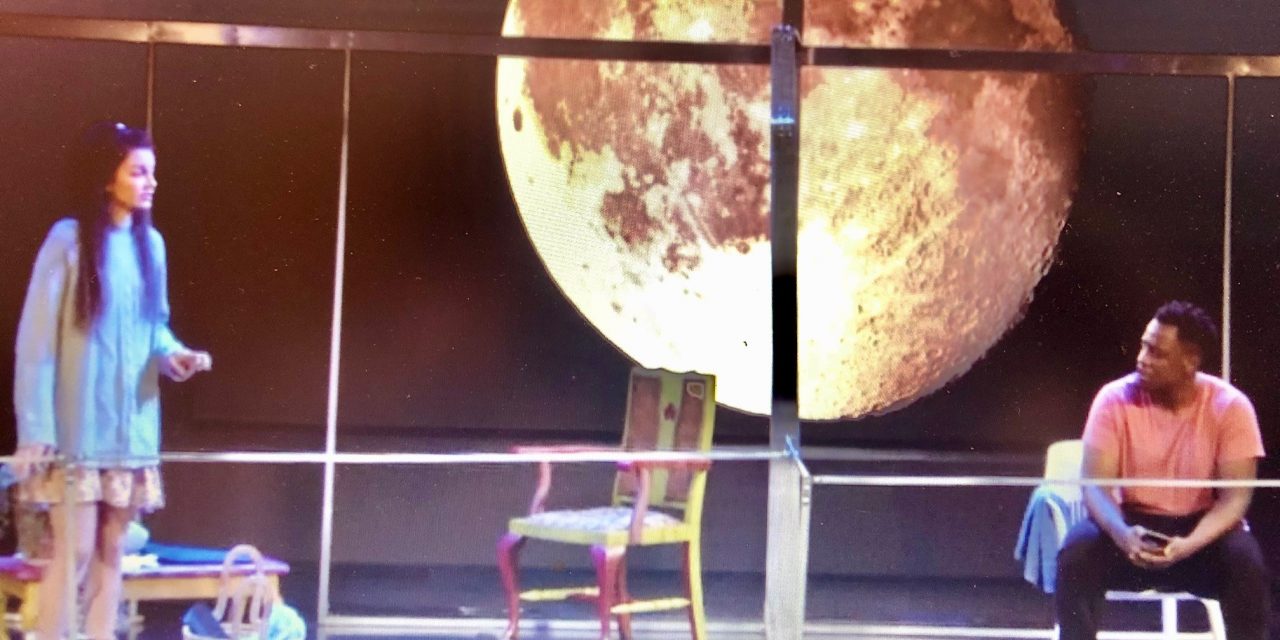 The online staging of Covid Moons at The National Arts Festival is a triumph – a masterful transition from stage to screen. This production was filmed for the NAF at Atlantic Studios in Cape Town. This recording is ground-breaking in activating the play cinematically, on screen. This production is not Covid Moons- the play, made into a film, for online viewing. Director Clare Stopford and designer, Mark Graham-Wilson have re-figured the play for online viewing- and it is astounding. The intimacy and poignancy has been heightened. It is a play we are watching but it has been presented as a cinematic experience, with the use of close-ups, focus shots, multiple cameras and a split-screen effect. The screen is not split but there is a sense of looking through two spaces which charges the narrative with cinematic vooma. The video calls used in the first staging outdoors, works brilliantly online.

I saw Covid Moons, on stage, in November 2020, in Riebeek Kasteel, outdoors at The Royal Arts Amphitheatre. That was a big space and even so any indoor staging would have required an altered approach. Online, and there is the dreaded “flattening” that has led many creatives to refuse to present their work on screen. How does one re-create “live” on film? Filming a production which is staged in a theatre often helps as there is a stage and that brings in a sense of “live”. Filming in a studio and one often the dreaded “flattening”. It was a revelation to see Covid Moons, brought to screen, from a film studio. In the production for NAF of Stopford’s play (with contributions by Khathu Ramabulana), two young people – Magda (Celeste Loots) and Lufuno (Thulani Nzonzo) have been caught in hard lockdown. They are apart but together in a high security apartment block. A homeless busker (Charl Clayton) roams outside their accommodation and plays his beautiful and stirring music. In addition to the three actors, there is a virtual cast, talking to Magda and Lufuno- colleagues, family and others.  The video calls are beamed on to a screen. The video calls were great when I saw the play on stage and on screen, the calls are vital in adding to the drama of the play. Stopford and Graham-Wilson have not simply filmed the actors, interacting with the video calls, but positioned the inserts on screen, which bring in a different dynamic. Graham-Wilson’s extensive experience in TV, is evident. It is bringing theatre to screen with a cognisance of the spatial shifts of the medium of film.

I was bowled over when I saw this superb play in November 2020 and watching it online, July/August 2021, I am transfixed by the unfolding drama, in a different way to seeing it outdoors. The moon – waxing and waning – is revealed and obscured online –differently to the outdoor staging. The musician is not on the perimeter of the stage. He is in-picture, performing. The grief in Covid Moons, comes across for me, even more profoundly, than it did in November 2020. At that time, Covid seemed under control and the “end” seemed in sight. Now, in mid-November 2021, we have no idea as to the trajectory of Rona. Most people have experienced death and loss. The online staging brings grief, separation into the centre and it also activates the possibility of connection and intimacy– and hope- by using cinematic aesthetics – to imbue the play with a filmic depth. It is intimacy and hope, amplified and heighten. This Covid Moons production for NAF is not a proxy for live. It is a stand-alone production. I think that we will see a new branch of creatives being added to theatre – directors and designers- taking stage to screen. Bravo to Clare Stopford and Mark Graham-Wilson and the NAF – a remarkable achievement. 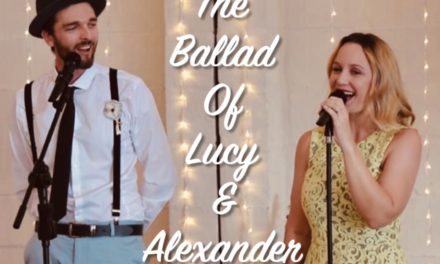 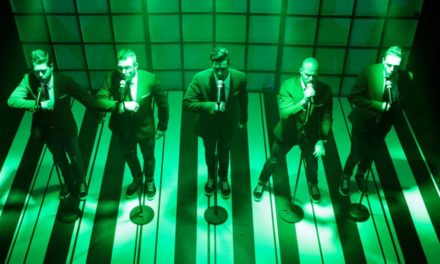 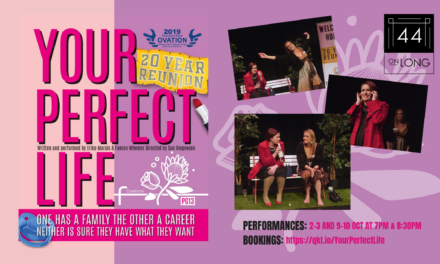 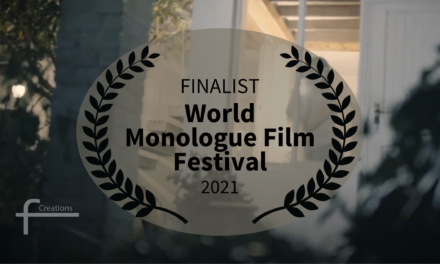