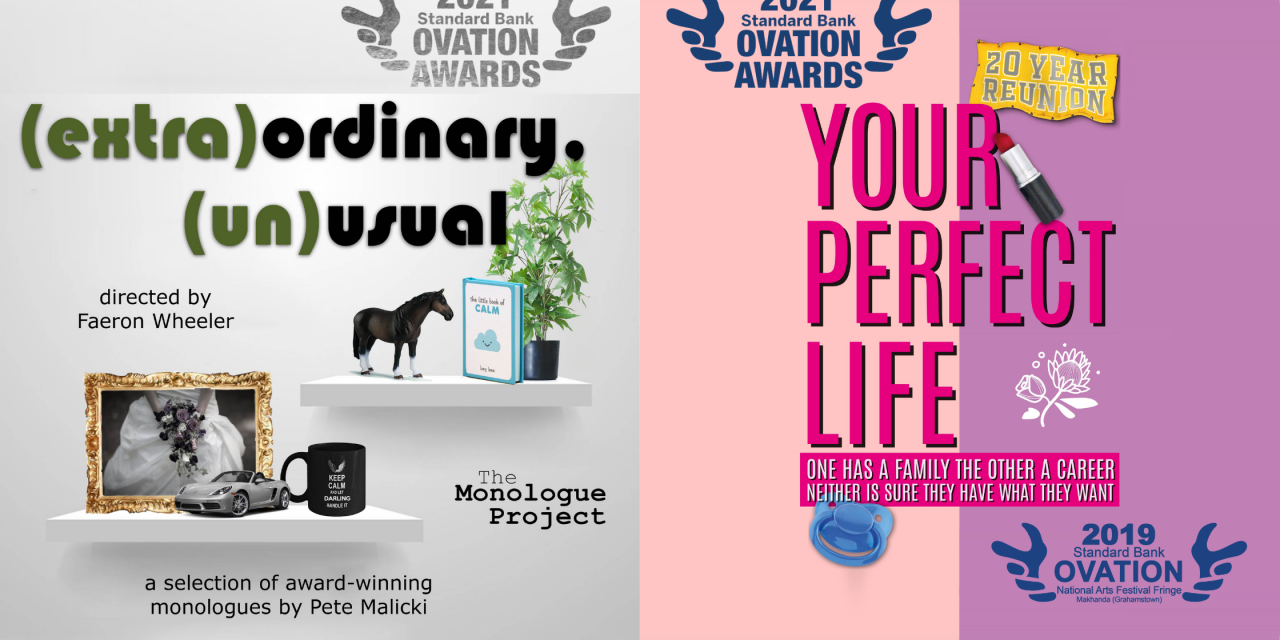 F Creations, a theatre production company, based in Cape Town, received two Standard Bank Ovation Awards at The National Arts Festival [NAF] 2021, South Africa for its shows: Your Perfect Life and (extra)ordinary, (un)usual. This is the 2nd Ovation Award for Your Perfect Life. In 2019, it nabbed its first Ovation Award, when it was staged at the NAF- before the advent of Covid and lockdown. A filmed staged recording was made and the filmed version won an Ovation Award, in 2021 on the Fringe at the NAF. F Creations also received a 2021 Silver Ovation Award for (extra)ordinary, (un)usual- a “hybrid-theatre” production – a selection of award-winning monologues written by Australian Pete Malicki of The Monologue Project. The great news is that both shows will be on Fringe Player – the on-demand streaming platform at Edinburgh Fringe 2021. Bravo to Faeron Wheeler of  F Creations, for innovating in lockdown South Africa, when live performance was brought to a grinding halt. It is great that the shows may be now accessed at Edinburgh Fringe 2021. Info as supplied:

After an incredibly successful run at the South African National Arts Festival in July, F Creations has gone international with two shows taking part in the online Edinburgh Fringe. “It’s always been a dream to take part in this massive festival, and while this wasn’t exactly how I imagined it happening, I guess you can still say dreams do come true,” says producer, Faeron Wheeler.

F Creations has chosen to put two of their productions up on the Fringe Player – the on-demand streaming platform that was created by the Edinburgh Fringe Festival. It’s much like the vFringe platform that the NAF created here in South Africa. However, this is an opportunity to reach new audiences and hopefully start creating a name for the company internationally.

The first production up is crowd favourite Your Perfect Life. This play debuted at the National Arts Festival in 2019, where it received a Standard Bank Ovation Award. In 2021, the company offered up a recording of the production, which was filmed under lockdown conditions last year with no audience. This digital offering received a second Standard Bank Ovation Award in this year’s NAF. It was a complete surprise to get a second award, and the team couldn’t be prouder of this beautiful production that came truly from the heart.

Your Perfect Life is a tale of two real women, doing things their way. It’s a loosely autobiographical story, inspired by the lives of the writers and performers: Erika Marais and Faeron Wheeler. They play Karlien and Caitlyn, who were close friends in high school but attending different universities and having to make grown up decisions just got in the way. It’s now twenty years later and they couldn’t be more different. One woman has the family, the other the career. Neither one is sure that they have what they want.

Our second production available for streaming is (extra)ordinary, (un)usual. This is an exciting hybrid theatre-film piece that was also created under lockdown conditions. The team was brought together via Skype, with everything from auditions to rehearsals happening online. It was then filmed in one day at the Drama Factory and edited together to complete the piece. So far, (extra)ordinary, (un)usual has enjoyed 3 runs on different streaming platforms. The most recent was as part of the NAF, where it received a Silver Standard Bank Ovation Award.

(extra)ordinary, (un)usual is a selection award-winning monologues written by Pete Malicki of The Monologue Project. They are performed by six actors, each one telling the story of a unique individual. No two life stories are the same, and these interesting characters certainly prove this theory.

“These two productions are exciting signs of the time – theatre will always find a way to adapt and live, even in such uncertain times,” says Wheeler. Join F Creations on a new adventure as the company tours digitally to the Edinburgh Fringe this August.” 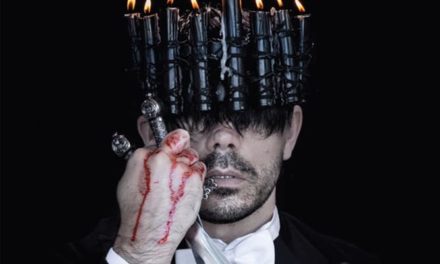 Review: MACBETH, Theatre On The Bay 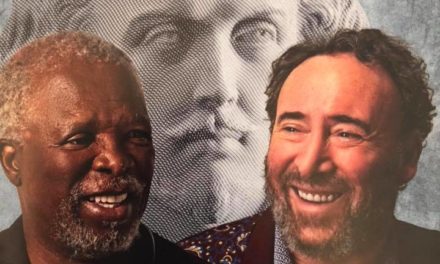 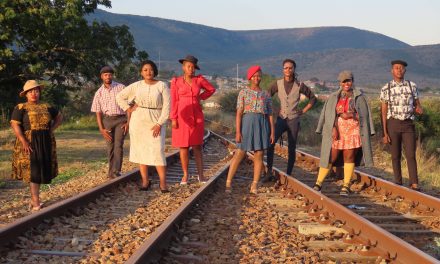 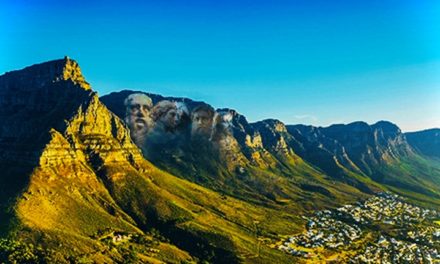